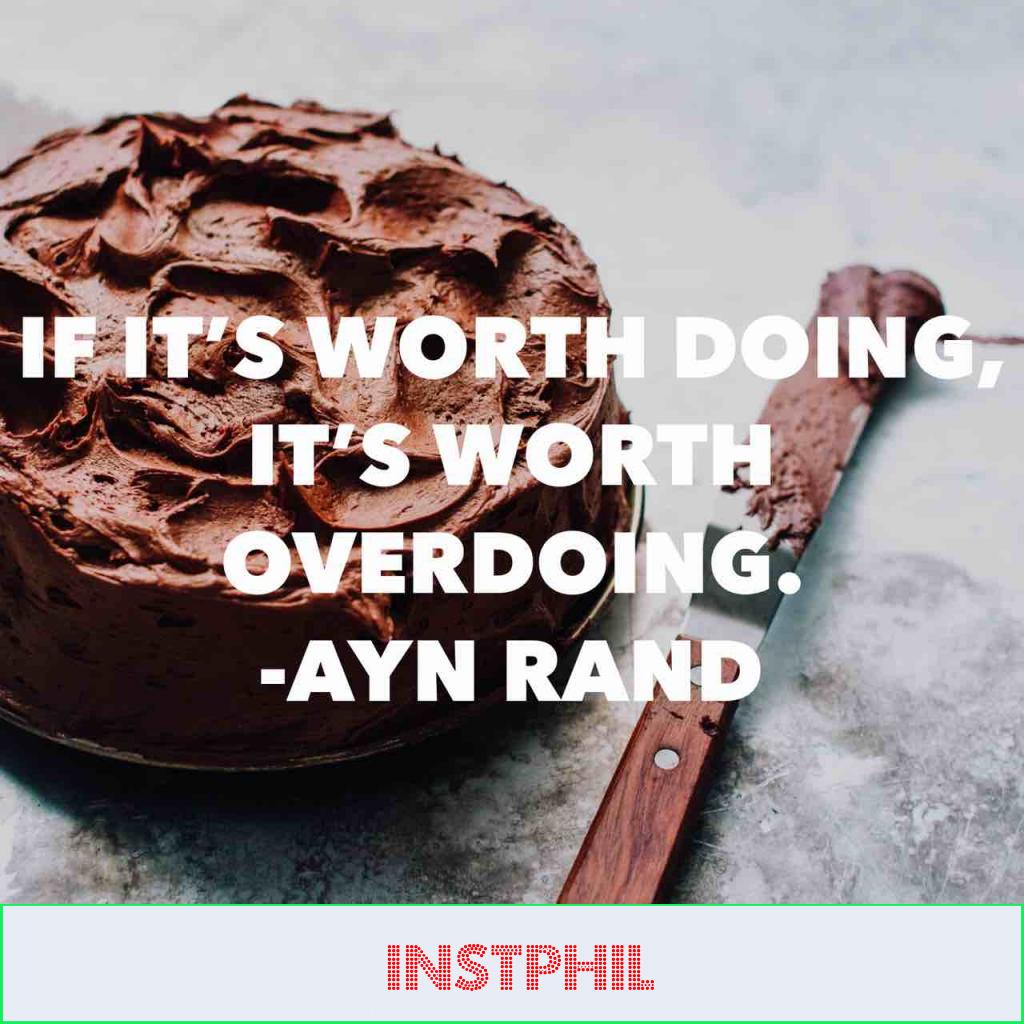 Ayn Rand who shot to fame with her two best-selling novels The Fountainhead and Atlas Shrugged was born on February 2, 1905. Rand advocated reason as the only means of acquiring knowledge and rejected faith and religion. She supported rational and ethical egoism, and rejected altruism. Her movement was called Objectivism and she went on to publish magazine and essay collections on the same. Her works are still popular and relevant. Here’re 16 of her best quotes:

“Love is blind, they say; sex is impervious to reason and mocks the power of all philosophers. But, in fact, a person’s sexual choice is the result and sum of their fundamental convictions. Tell me what a person finds sexually attractive and I will tell you their entire philosophy of life.”

“The hardest thing to explain is the glaringly evident which everybody has decided not to see.”

“Never think of pain or danger or enemies a moment longer than is necessary to fight them.”

“Rationalization is a process of not perceiving reality, but of attempting to make reality fit one’s emotions.” – Philosophy: Who Needs It?

“The man who lets a leader prescribe his course is a wreck being towed to the scrap heap.”

“Love is the expression of one’s values.”

“Any alleged right of one man, which necessitates the violation of the rights of another isn’t and can’t be a right.”

“I started my life with a single absolute: that the world was mine to shape in the image of my highest values and never to be given up to a lesser standard, no matter how long or hard the struggle.” – Atlas Shrugged

“The businessman’s tool is value.”

“Do not let your fire go out, spark by irreplaceable spark in the hopeless swamps of the not-quite, the not-yet, and the not-at-all.”

“The truth is not for all men but only for those who seek it.”

“Civilization is the process of setting man free from men.”

“When I die I hope to go to heaven–whatever that is–and I want to be able to afford the price of admission.”

“The man who does not value himself, cannot value anything or anyone.” – The Virtue of Selfishness: A New Concept of Egoism

“Achieving life is not the equivalent of avoiding death.”

“There are no evil thoughts except one; the refusal to think.”

“We can ignore reality, but we cannot ignore the consequences of ignoring reality.”

“The worst guilt is to accept an unearned guilt.”

“Why do they always teach us that it’s easy and evil to do what we want and that we need discipline to restrain ourselves? It’s the hardest thing in the world–to do what we want. And it takes the greatest kind of courage. I mean, what we really want.”

“Power-lust is a weed that grows only in the vacant lots of an abandoned mind.”

“One loses everything when one loses one’s sense of humor.”

“Reason is not automatic. Those who deny it cannot be conquered by it. Do not count on them. Leave them alone.”

“Men who reject the responsibility of thought and reason can only exist as parasites on the thinking of others.”

“Ask yourself whether the dream of heaven and greatness should be left waiting for us in our graves-or whether it should be ours here and now and on this earth.”

“Love should be treated like a business deal, but every business deal has its own terms and its own currency. And in love, the currency is virtue. You love people not for what you do for them or what they do for you. You love them for the values, the virtues, which they have achieved in their own character.”

“The most depraved type of human being is the man without a purpose.”

“I regret nothing. There have been things I missed, but I ask no questions, because I have loved it, such as it has been, even the moments of emptiness, even the unanswered-and that I loved it, that is the unanswered in my life.” – The Fountainhead

“I never found beauty in longing for the impossible and never found the possible to be beyond my reach.”

“There are two sides to every issue: one side is right and the other is wrong, but the middle is always evil.”

“But why should you care what people will say? All you have to do is please yourself.”

“She did not know the nature of her loneliness. The only words that named it were: This is not the world I expected.”

“When I disagree with a rational man, I let reality be our final arbiter; if I am right, he will learn; if I am wrong, I will; one of us will win, but both will profit.”

“A government is the most dangerous threat to man’s rights: it holds a legal monopoly on the use of physical force against legally disarmed victims.”

“The purpose of morality is to teach you, not to suffer and die, but to enjoy yourself and live.”

“Within the extent of your knowledge, you are right.”

“It is not advisable to venture unsolicited opinions. You should spare yourself the embarrassing discovery of their exact value to your listener.”

“Every form of happiness is private. Our greatest moments are personal, self-motivated, not to be touched.”

“If one doesn’t respect oneself one can have neither love nor respect for others.”

“It was the greatest sensation of existence: not to trust but to know.”

“Run for your life from any man who tells you that money is evil. That sentence is the leper’s bell of an approaching looter.” – Atlas Shrugged

“No speech is ever considered, but only the speaker. It’s so much easier to pass judgement on a man than on an idea.”

“Never ask people about your work.”

“Joy is the goal of existence, and joy is not to be stumbled upon, but to be achieved, and the act of treason is to let its vision drown in the swamp of the moment’s torture.”

“I would give the greatest sunset in the world for one sight of New York’s skyline.”

“If one’s actions are honest, one does not need the predated confidence of others.”

“What is man? He’s just a collection of chemicals with delusions of grandeur.”

“Do you know the hallmark of a second rater? It’s resentment of another man’s achievement.”

“I can accept anything, except what seems to be the easiest for most people: the half-way, the almost, the just-about, the in-between.”

“Have you ever felt the longing for someone you could admire? For something, not to look down at, but up to?”

“To sell your soul is the easiest thing in the world. That’s what everybody does every hour of his life. If I asked you to keep your soul – would you understand why that’s much harder?”

“Contradictions do not exist. Whenever you think that you are facing a contradiction, check your premises. You will find that one of them is wrong.”

“I swear by my life and my love of it that I will never live for the sake of another man, nor ask another man to live for mine.” – Atlas Shrugged

“There’s nothing as significant as a human face. Nor as eloquent. We can never really know another person, except by our first glance at him. Because, in that glance, we know everything. Even though we’re not always wise enough to unravel the knowledge.”

“What greater wealth is there than to own your life and to spend it on growing? Every living thing must grow. It can’t stand still. It must grow or perish.”

“People create their own questions because they are afraid to look straight. All you have to do is look straight and see the road, and when you see it, don’t sit looking at it – walk.”

“There is no such thing as a lousy job – only lousy men who don’t care to do it.”

“There’s no way to rule innocent men. The only power any government has is the power to crack down on criminals. Well, when there aren’t enough criminals, one makes them. One declares so many things to be a crime that it becomes impossible for men to live without breaking laws.”

“You have been the one encounter in my life that can never be repeated.”

“Devotion to the truth is the hallmark of morality; there is no greater, nobler, more heroic form of devotion than the act of a man who assumes the responsibility of thinking.”

“The smallest minority on earth is the individual. Those who deny individual rights cannot claim to be defenders of minorities.”

“I love you so much that nothing can matter to me – not even you…Only my love- not your answer. Not even your indifference.”

“Let me give you a tip on a clue to men’s characters: the man who damns money has obtained it dishonorably; the man who respects it has earned it.”

“Well, I always know what I want. And when you know what you want–you go toward it. Sometimes you go very fast, and sometimes only an inch a year. Perhaps you feel happier when you go fast. I don’t know. I’ve forgotten the difference long ago, because it really doesn’t matter, so long as you move.” – We The Living

“Pride is the recognition of the fact that you are your own highest value and, like all of man’s values, it has to be earned.”

“A quest for self-respect is proof of its lack.”

“Guilt is a rope that wears thin.”

“An inventor is a man who asks Why? of the universe and lets nothing stand between the answer and his mind.”

“Do not let your fire go out. Do not let the hero in your soul perish, in the lonely frustration for the life you deserved, but have never been able to reach. Check your road and the nature of your battle. The world you desired can be won. It exists, it is real, it is possible, it is yours.”

We hope you’ve enjoyed this collection of Ayn Rand quotes! If you’ve never read her most famous novel, Atlas Shrugged, why not add it to your reading list?

Ayn Rand Quotes, Famous People
You may also like 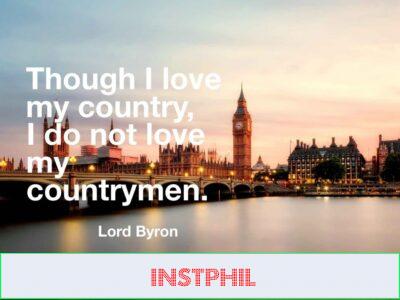 Top Voltaire Quotes That Will Broaden Your Horizon